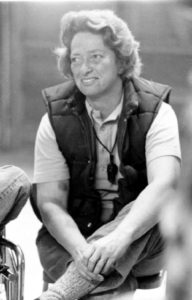 early 1960s. One day she was hiking in a gorge and met a rock climber, who had worked at the Outward Bound Program in England. Jean was excited to learn about this program because she was tired of telling her students not to do risking activities like climb a tree, a cliff, or wade across a stream. She was determined to learn more. Jean took a summer job with the Council on International Educational Exchange as an educator for college students aboard ships between Europe and North America. During an overseas trip, she visited the Outward Bound program in England.

When she returned from England she collaborated with an Antioch College colleague, Bob Pieh, to create (in 1964) the first all male Outward Bound program at Homeplace at the edge of the Boundary Waters near Ely, MN. From her own previous canoe trip experiences Jean knew “it was not right to just have it for men.” She knew women would love the Outward Bound experience and that they could “get dirty, get wet, and still be feminine.”

The National Outward Bound Board of Directors met in Ely after the 1964 men’s program.  During that meeting, Jean boldly proposed the idea to have an Outward Bound program for women at Homeplace. At first he Board of Directors didn’t want a women’s program.  They wondered why women would want to do such things. They felt that men would have to go with the women and that would be an extra burden on the male staff. There was some fear that if women were able to do the course, men would no long be interested as they would think Outward Bound was too easy and not macho enough. In addition, there was concern that they would have to have Outward Bound Programs for women in Colorado and Maine (where men’s programs had already started). Also at the meeting was Bob Pieh, who knew of Jean’s experience, skills, and competence. He spoke up and said, “Let her try” and with his support permission for the Minnesota Girls Outward Bound program was reluctantly given. 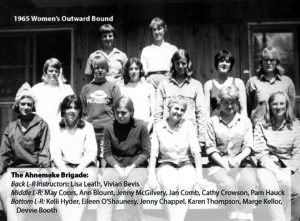 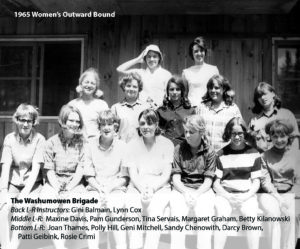 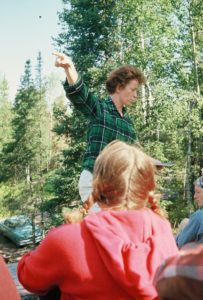 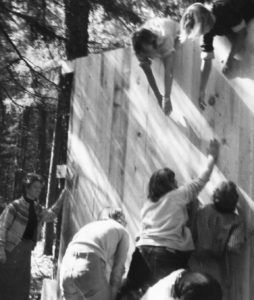 Jean designed and directed the activities for the month long program July 24 to August 24, 1965, which turned out to be the first Outward Bound program for women in the Western Hemisphere. The Minnesota Girls Outward Bound program was such a success that it was repeated in 1966. Thanks to Jean’s confidence, courage, and hard work, the doors of opportunity swung open for women to explore their potential through direct experiences in the natural world.

A wonderful documentary about the first Women’s Outward Bound was produce and directed by Maxine Davis one of the first participants.

Jean has a reputation of being a champion of individuals often overlooked. Her style is tastefully respectful but persistent manner. While on the staff at Southwest Minnesota State University, Jean lead the way to provide access and opportunity for students with disabilities. By 1976 Jean designed and carried out the first Coed Outward Bound program at Homeplace for persons with disabilities.

Her goals were to provide a model for opportunities for the handicapped and to raise staff awareness of the importance to be attentive to individual student needs, which would hopefully carry over to their teaching in regular courses.

Two of Jean’s SMSU students and four others with disabilities, joined six Outward Bound staff to create the historic event.

In addition to the above mentioned Outward Bound involvement, Jean has also influenced others to dare to step out and engage nature through her leadership in, among other entities, girl’s summer camps in Wisconsin and New Hampshire, as well as, activities sponsored by the American and the Canadian Youth Hostel Associations, the American Camping  Association, the American Association of Health, Physical Education and Recreation, Bikecentennial, the National Science Foundation, Ski For Light, and the Ernest C. Oberholtzer Foundation.  She also personally led bicycling, hiking, winter camping, canoeing, caving, and cross country skiing trips for 44 years of outdoor clubs at Antioch College and Southwest Minnesota State University.

Jean grew up loving the out-of-doors in northern Wisconsin. Comments from Nancy Walsdorf a childhood friend of Jeans. Over the years she has found it a great joy and pleasure to have shared experiences in nature with others of varying ages, backgrounds, and personalities. Through her experiences with nature, Jean discovered a level playing field.  Nature doesn’t care about a person’s age, sex, race, or social status. Nature is a complete sustainable system that treats everyone on equal footing.  Jean learned that being bold to encounter nature with others has lead individuals to adapt, find their true self, build their confidence, learned trust, and challenged themselves to do more with their lives. Jean’s wish for everyone is, “Love our natural environment, protect it, find joy in it, in yourself and each other!”  . Reflections from Jean May 2018

When you think back to the 1960s in the United States girls and women were denied equal opportunity in sports, education, and jobs. Through Jean’s vision, bold actions, and persistence, she challenged cultural barriers and opened the doors of possibility for women and those with disabilities.

Thank you, Jean, for creating a positive rippling effect which continues to advance equal opportunity for everyone.

Pioneer Public Broadcasting in Marshall, MN made a video of the presentation on June 13, 2018. Click Here to link to it. 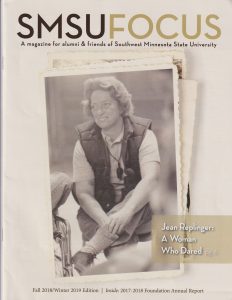 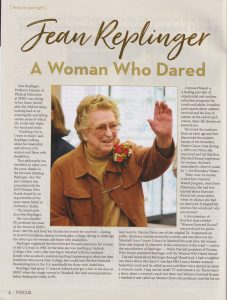 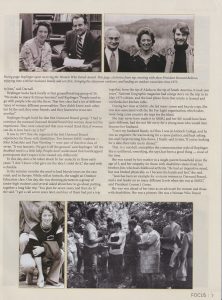 Photo by:  Sandy May Photography