Third Recipient of Women Who Dared 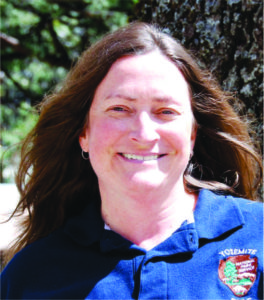 After finishing her Bachelor of Science Degree from Northland College in Outdoor Education in 1986, Kelly Martin began her career in federal service with a position at Grand Canyon National Park working in Fire and Aviation Management. From 1990 through 2006 Kelly continued to gain experience in field of fire with the U.S. Forest Service in 6 different states: WI, AZ, ID, UT, NV, & CA including the Moab/Monticello Ranger District and Carson Ranger District. In the summer of 2006, she moved to Yosemite National Park, California. She is currently the Chief of Fire and Aviation Management covering an area of nearly 1,200 square miles.

Working in a male dominate career, where only 10 percent of the fire workforce are 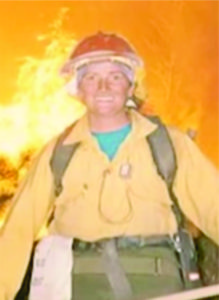 women, Kelly has faced many steep challenges. However, her love and passion for the work she does has energized her to push through the hard times.

Kelly wanted more to be done to bring attention, and hopefully real change, to end sexual harassment and discrimination in the workplace. She felt perpetrators needed to be held accountable for their actions. Someone needed to do something. After some deep reflection, she pondered, “If not me, who? If not now, when?” She looked into and decided to become a “whistleblower.” Even though she knew she was putting her 32-year career at risk, she was determined to help make a change. 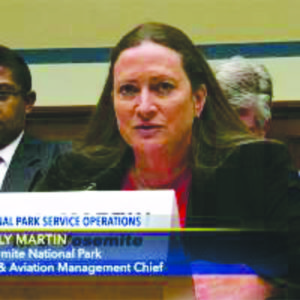 After some inquires, Kelly was scheduled to testify before US House of Representative Committee on Oversight and Government Reform on September 22, 2016. Just prior to her testimony, she was waiting in a courtyard still struggling whether this was the right path to be taking. She looked up and was overcome with the reflection of the American flag on the side of the building. A surge of American pride to make a positive change for her country energized her. This was the sign she needed; yes, this was the right choice. Her personal testimony about sexual harassment, discrimination, and gender bias can be read here. 2016 Martin-Statement-NPS-9-22 Fire

In addition to her duties as Chief of Fire and Aviation Management at Yosemite National Park, Kelly is driven to mentor the next leaders in fire management. With women comprising only 10 percent of the workforce in fire, Kelly wanted to give more women the opportunity to receive hands-on training to further their leadership careers. To work toward this goal, she assisted in the first Women-in-Fire Training Exchange (WTREX) in 2016.

Darryl Fears of The Washington Post shares the story of the first WTREX in his article. Few women fight wildfires, but it’s not because they’re afraid of flames – Alaska Dispatch News

Kelly was one of the sixteen leaders, hosts, and trainers of the second WTREX held October 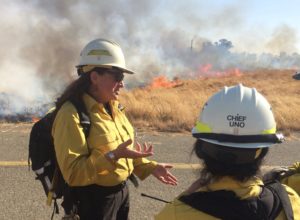 9-21, 2017. Based out of Mariposa, California near Yosemite National Park 45 women and 5 men from Canada, Australia, and 19 different US states engaged in fire training exercises.

At this training, as the Incident Commander, Kelly demonstrated her leadership by working with her team to create a safe space for participants to share their frustrations in the workplace, inquire about the technical aspects of fire fighting at all levels, and mentoring participants eager to advance their knowledge and professional careers.

While cultural change takes time, Kelly’s testimony is continuing to further the advancement of equal opportunity for women, as well as, eliminate prejudice and discrimination. On October 13, 2017, the same day Kelly received her Women Who Dared Gratitude Award, National Park Service leaders have finally started to address the issues Kelly and others have brought forward.

“The survey makes it clear that NPS has a significant problem with harassment; it has infiltrated our organization and needs to stop now,” Mike Reynolds, Park Service acting director said in a meeting with employees. “To all of the employees here in the canyon and in the field affected by harassment, on behalf of the leadership of NPS, I want to apologize and commit to you with everything available that we will better support you.”

On October 14, 2017 at the WREX Chip Jenkins, Yosemite National Park Superintendent, addressed the 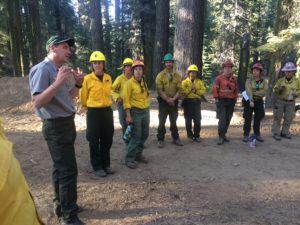 WTREX group, “It takes courage of a person to want to step up in a leadership position, male or female. And it takes courage for guys to sit there, perhaps, and take on a culture that is not as welcoming to women, and to say and to be able to make sure that in your work unit, ‘you knock that off’ and everybody regardless of their color, race, gender, their sexual orientation is fully welcomed.”

On behalf of all women who have and will benefit from Kelly’s daring action, 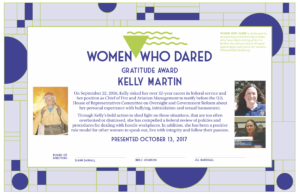 The December 18, 2017 Time Magazine included Kelly Martin in their Person of the Year “The Silence Breakers”. 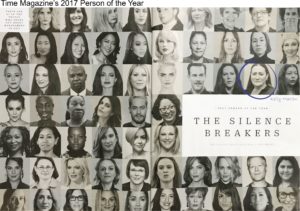 Carrie Spradlin has put an short video on YouTube about Kelly’s Congressional Testimony. Here is the link: https://www.youtube.com/watch?v=51SMi_hw6hE

On June 6, 2018 Kelly Martin was a guest speaker at The Wharton School at the University of Pennsylvania’s  Leadership Conference: Leading in a World of Seismic Shifts. Thank you, Kelly, for sharing your experience and continuing to work for positive change in work places for everyone.

Check out this Website about the upcoming documentary call

“Women of the Wildlands”

Get involved… you can help.

“Kelly is a strong leader and mentor with a wonderful mix of firmness, fairness, and compassion. I aspire to be like Kelly, a woman who brings integrity and warmth to everything she is involved in.” Lenya Quinn-Davidson, Area Fire Advisor for University of California Cooperative Extension

To send a comments for posting to our email at: womenwhodared.org@gmail.com